When your alarm clock ring 3.15 am your first thought is WTF, so was my but after some coffee I was ready to go and just as I had scheduled. 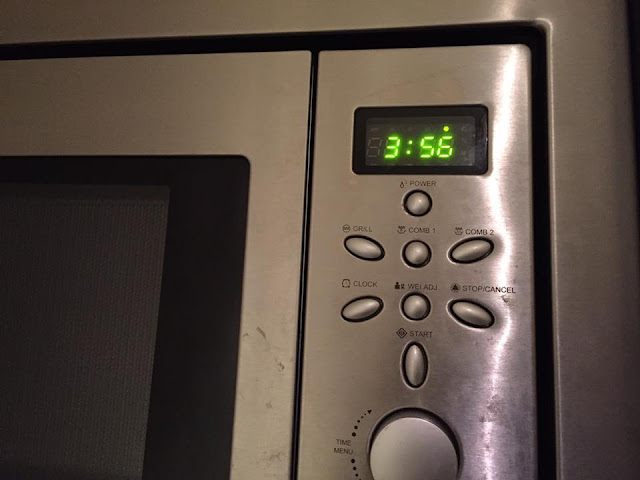 Had made some late forecast check before I left home,sunny (it wasn't) water level -30 cm and wind from east didn't increase my hopes for good fishing but at least it's always nice to get out.

Called my friend Bruce on my way to the shore and he was almost behind me and not long before we were out paddling to the first spot.
Wind from east and low water level was just as challenging as we expected so in the first two and half hours we only had two hits on our flies,very good time to take a coffee break. 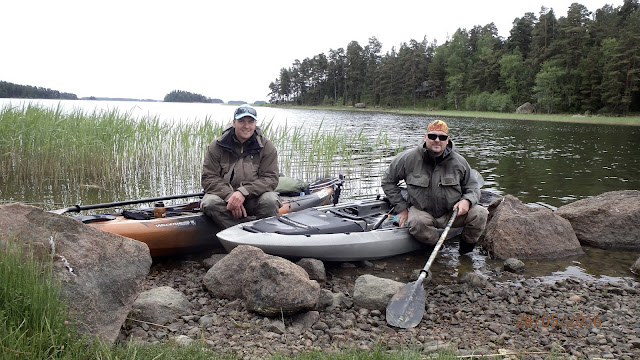 We continued a bit different as first had planned but fishing continued slow so after a while we decided to follow our original plan and soon after we also started to catch,small but at least it kept us on our toes for maybe...who knows about the next one. 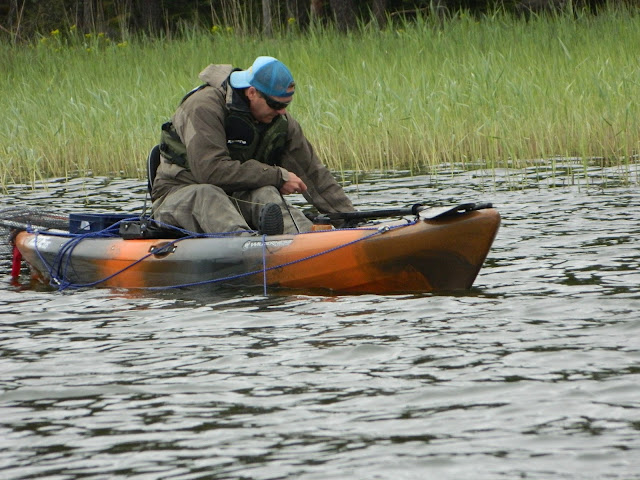 I don't know how many fishes we landed or how many we dropped. But I know I dropped A LOT. Those we saw were small so it's actually better to drop them without causing them more stress than to unhook them in the yak.

Most important moment in kayak fishing is lunch break. It's funny how good all food can taste outdoors, even this fast food meal was heavenly. 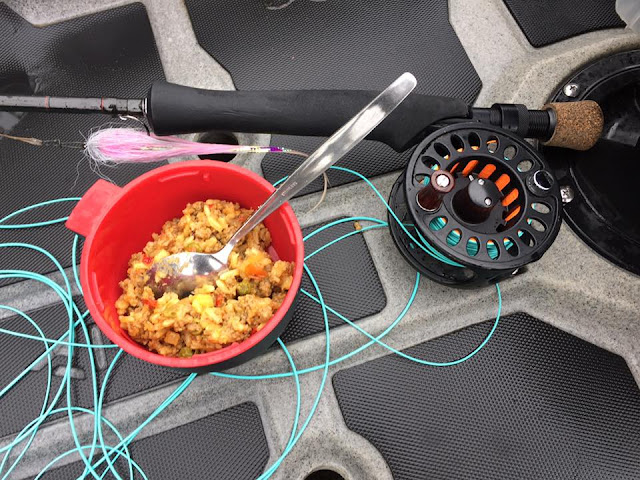 Fishing continued well and even if the size still were "pocket size" some of them felt very strong. The water is getting warmer which probably explain it. 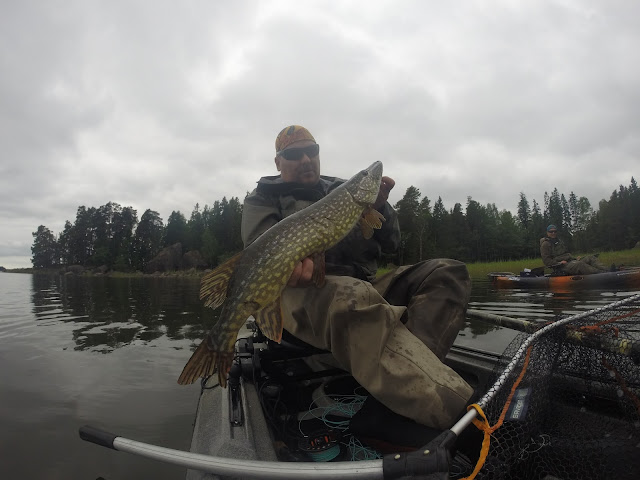 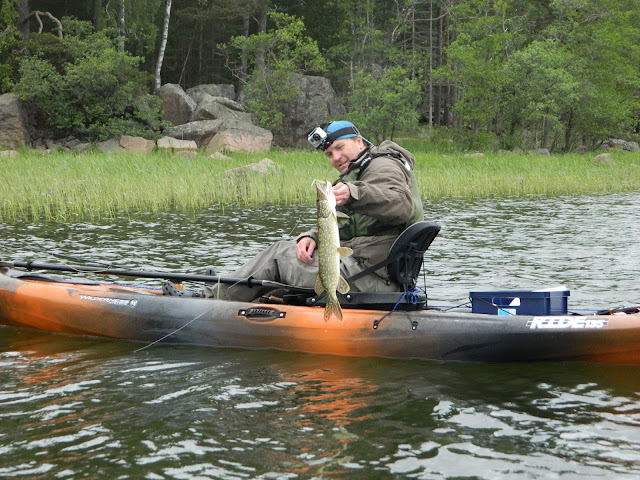 We noticed one thing several times, fishes were not afraid of our yaks, we caught some fishes in shallow areas just two, three ft from our kayaks.

I have to say that even if we enjoyed our fishing one key point to enjoy is to NOT stay out for too long,go home while you having fun and it leave good memories of the day,especially if you not catch at the end of the day it might erase all good moments from earlier catches/experiences of the day.
We fished for about ten hours which was just enough,nice to get back home without feeling totally exhausted.
What I noticed is that I still after so many years on same waters almost every time find something new to take photos of,this time it was this pine. 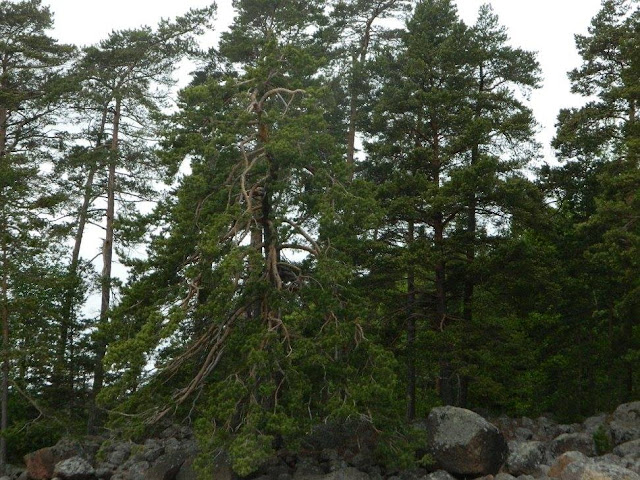 Here's still some random shots from our trip, in wait till next weekend, stay tuned. 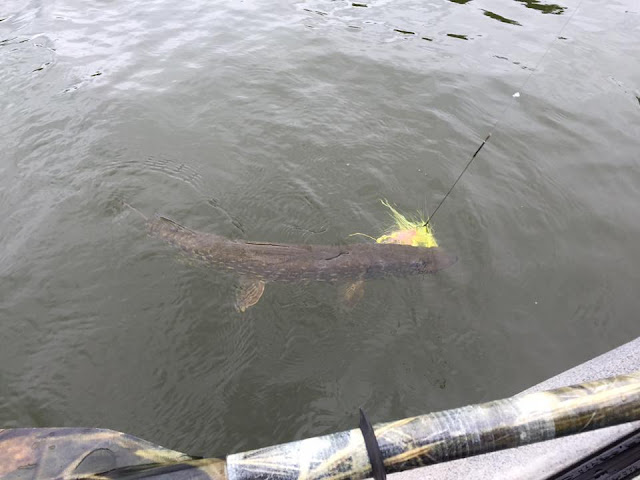 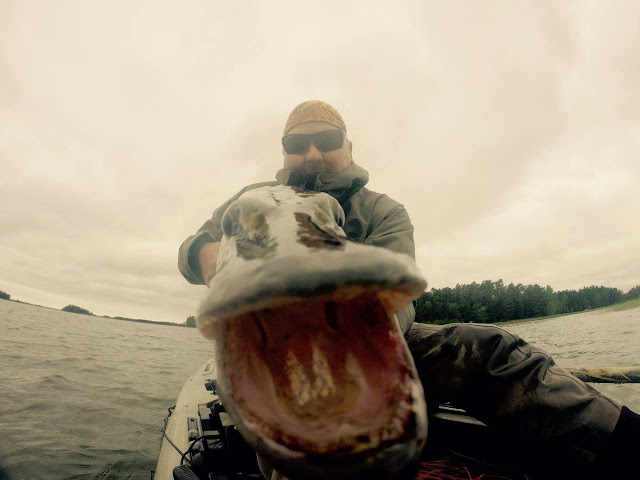 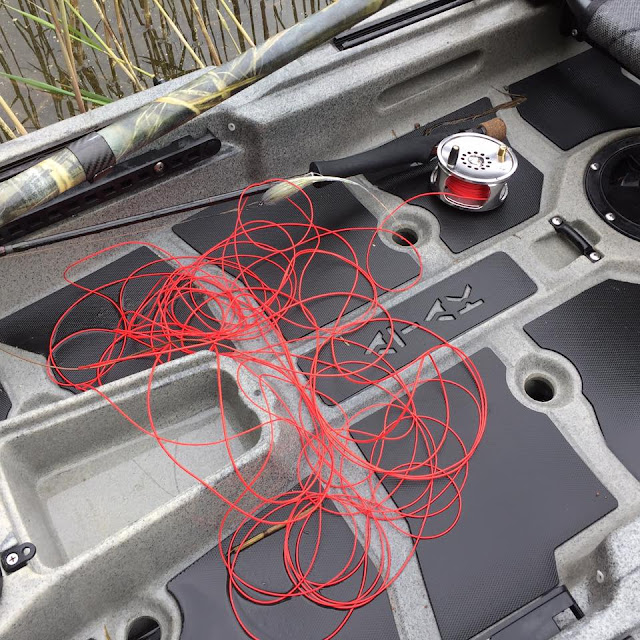 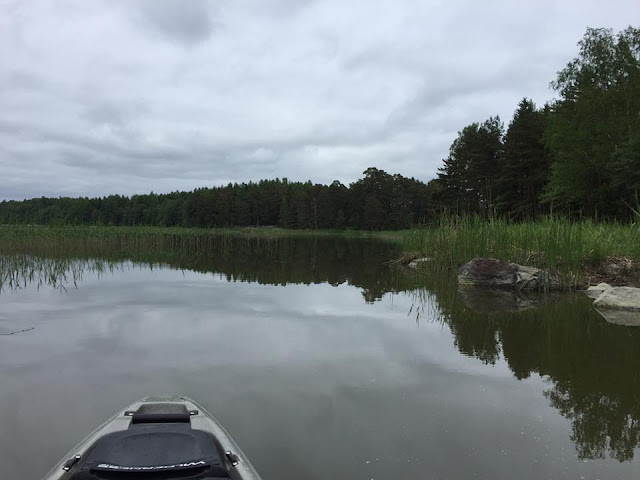 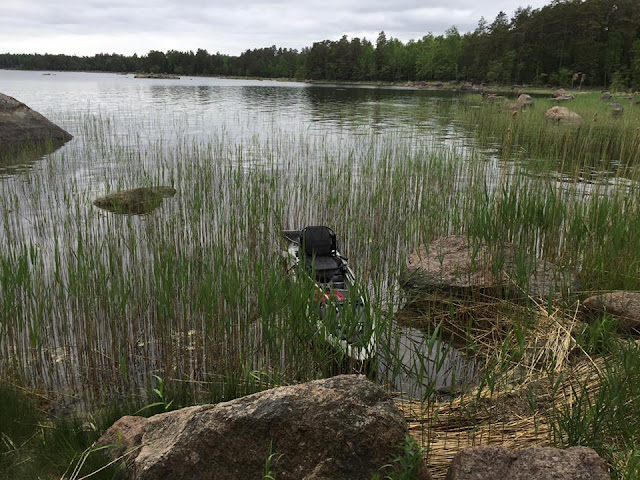 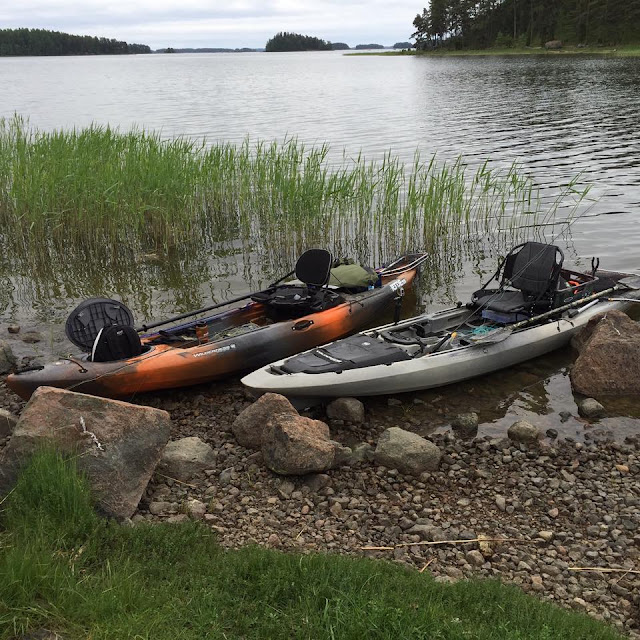 Email ThisBlogThis!Share to TwitterShare to FacebookShare to Pinterest
Labels: trip-reports